Its been a busy month at O2wear HQ! We've just celebrated our first birthday. It was a little hard to determine when exactly we reached this milestone but I decided it should be my first non family/friend sale, which was just over a year ago now!

A lot has changed since then, the website has had a few updates and reviews and in June the latest range of O2wear basics were launched. The 3/4 sleeve scoop top and long sleeve top have definitely been very popular this winter.

A few shots from the new range launched this year


In other news, O2wear (and me) have a new home! My husband and I have just relocated back to Adelaide where we are both originally from. We had a great time in Perth WA and have a small but loyal following over there which I hope follow us here! It's business as usual though, just from SA. I'm also pleased we'll be able to deliver to the east coast much faster as Australia Post delivery times are significantly better from Adelaide.

Looking forward to an even bigger and better second year! 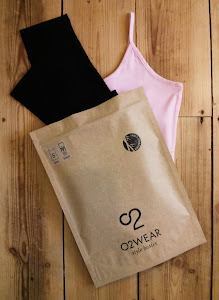